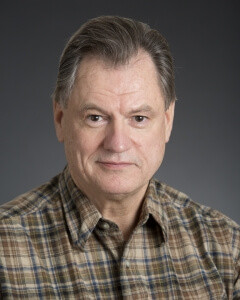 Dr. Walton Creech is committed to staying on the cutting edge in the medical field and has had a wide range of medical experience. He has trained at some of the most elite Medical education centers in not only the United States, but the world. He had the opportunity to travel abroad to pursue his passion for medicine and technological advances. He received his undergraduate BA and Medical Degrees at the University of Kentucky in Lexington.

Dr. Creech is a total family doctor with special interest in tropical medicine and infectious diseases. He completed his rotating internship at Gorgas Hospital, a combined civilian and military hospital in the Canal Zone of the Republic of Panama. This hospital served as a referral facility for personnel stationed in Panama, South and Central America. Dr. Creech had the opportunity to gain specialized training at a well-known Tropical Medicine Institute in Panama City.

Dr. Creech also served as an Epidemic Intelligence Officer, a special program at the U.S. Center for Disease Control in Atlanta, Georgia which is one of the major organizations in the country for diagnosing, tracking and controlling infectious diseases, as well as other important public health problems. His specific training and duties were in evaluating and assisting in control of neurotropic viral diseases including Polio, Rabies and various types of viral encephalitis found in the U.S. and in some Latin American countries.

After one year in Atlanta he was assigned as the Quarantine Officer for the CDC in Mexico and spent two years in Mexico City. While in Mexico, Dr. Creech was able to pursue his special interest of diagnosing and treating Rabies, a major public health problem in Mexico. He collaborated with the top officials in the Mexican Public Health Service on this and other public health issues, including the first study that identified the primary cause of Travelers’ Diarrhea. Dr. Creech returned to Atlanta to finish his previous studies and then spent one year at the University of KY Medical Center completing his residency program in neurology.

Dr. Creech has been a physician at Columbine Family Practice as of July 2011. Dr. Creech enjoys photography, hiking in the mountains and scuba diving.

How can we help?

If you have any questions about our practice or would like to schedule an appointment, please do not hesitate to contact us!