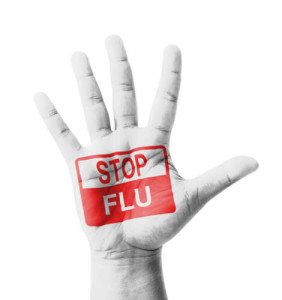 For National Influenza Vaccination Week, I had the pleasure of interviewing Dalton G. Paxman, PhD, FCPP, Regional Health Administrator for the mid-Atlantic region, where he oversees public health initiatives for the Office of the Assistant Secretary for Health (OASH), U.S. Department of Health and Human Services (HHS). Dr. Paxman is a Fellow here at The College of Physicians of Philadelphia. His biographical information is below.

Influenza season has begun – has there been much influenza nationally yet? What kind of activity are we seeing in HHS Region 3?

Flu activity is beginning to increase in parts of the United States and CDC is getting reports of flu illnesses, flu hospitalizations, and flu deaths. Influenza A (H3N2) viruses are most common so far. H3N2 predominant seasons are associated with more severe illness and mortality, especially in older people and young children, than during H1N1- or B-predominant seasons. If H3N2 viruses continue to predominate, this season could be severe. More than half of the influenza A (H3N2) viruses analyzed since October 1 are antigenically or genetically different from the H3N2 vaccine virus component this season.

As of the week ending November 29, 2014, elevated levels of outpatient visits for influenza–like illness (ILI) have been reported in Region III, meaning the percent of visits for ILI is at or above the national or region-specific baseline.

How did our HHS region 3 do in terms of influenza vaccine uptake in the 2013-14 influenza season?

In the 2013-2014 flu season flu vaccine coverage estimates for all people 6 months of age and older in HHS Region 3 was 49%, which is about 3 percentage points higher than the national average estimates for the same time period (46%). More specific information is available at www.cdc.gov/flu/fluvaxview.

Are supplies of influenza vaccine plentiful this year  – in all its formulations? 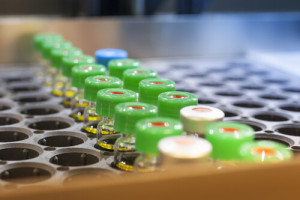 Last week, CDC published reports that a key antigen in one of the influenza A viruses targeted by the 2014-15 vaccine has changed and that the vaccine might not be as effective as we’d expect. What is the perspective of HHS on this development? Is there anything federal government agencies can do to try to avoid this problem in the future?

Influenza viruses are constantly changing – they can change from one season to the next or they can even change within the course of the same season. This kind of gradual change is called “antigenic drift.” In order for any vaccine to be delivered in the fall, the viruses in the vaccine must be chosen in February. When the vaccine viruses for 2014-2015 were selected, A/Texas/50/2012 (the influenza A (H3N2) component of the 2014-2015 Northern Hemisphere quadrivalent and trivalent influenza vaccine) was the most common circulating influenza H3N2 virus. The drifted H3N2 viruses that currently account for the majority of circulating H3N2 viruses had NOT yet been detected through virologic surveillance. Drifted H3N2 viruses were first collected in March 2014, and appeared only sporadically at first. Early on, there is no way to predict in advance if a given antigenic variant will circulate widely.

As of the week ending November 29, 58% of H3N2 viruses isolated in the United States since October 1, 2014 were drifted from the H3N2 vaccine virus component.

It’s possible that vaccine effectiveness against these viruses may be reduced, however, seasonal influenza vaccination can sometimes induce antibodies and/or T cells capable of cross-reacting with antigenically distinct viruses. Influenza vaccination still offers the best protection we have against seasonal flu. In the context of reduced vaccine effectiveness, the use of influenza antiviral drugs as a second line of defense against the flu becomes even more important, especially for high risk people and people who are very sick (hospitalized).