Running Just 5 Minutes a Day Can Help You Live Longer 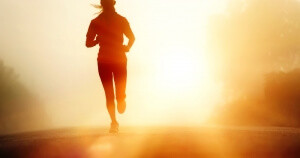 Runners may live an average three years longer than people who don’t run, according to new research.

But, the best news from this study is that it appears that you can reap this benefit even if you run at slow speeds for mere minutes every day, the 15-year study suggests.

“People may not need to run a lot to get health benefits,” said lead author Duck-chul Lee, an assistant professor of kinesiology at Iowa State University. “I hope this study can motivate more people to start running and to continue running as an attainable health goal.” It’s not clear from the study whether the longer lifespan is directly caused by running. The researchers were only able to prove a strong link between running and living longer. There could be other reasons that runners live longer. It could be that healthy people are the ones who choose to run, noted the study’s authors. The investigators did try to control the data to account for such factors though.

Current U.S. guidelines for physical activity call for a minimum of 75 minutes per week of running or other vigorous-intensity aerobic activity, or 30 minutes of moderate-intensity exercise most days of the week. But people who exercised less than that still received significant health benefits, according to the new research.

Running modest amounts each week — less than 51 minutes, fewer than 6 miles, slower than 6 miles per hour, or only one to two times — was still associated with solid health benefits compared to no running, the researchers reported in the Aug. 5 issue of the Journal of the American College of Cardiology. The study also suggested that you can have too much of a good thing. People who regularly ran less than an hour per week reduced their risk of death just as much as runners who logged three hours or more weekly. The study involved more than 55,000 adults aged 18 to 100, who were followed during a 15-year period to determine whether there is a relationship between running and longevity. About one quarter of this group were runners. Participants were asked to complete a questionnaire about their running habits, and researchers kept track of those who died during the study period. 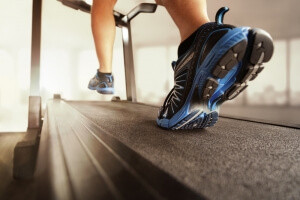 “The mortality [death] benefits in runners were similar across running time, distance, frequency, amount and speed,” Lee said. The benefits held firm even after the researchers took into account for factors such as weight, smoking, drinking or health problems.

However, runners need to keep at it. Persistent runners — those who had been running regularly for an average of six years — had the greatest benefit, the study authors found. Improved heart 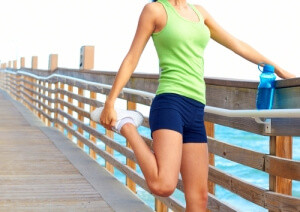 and lung function appears to be key to running’s health benefits, Lee said. Runners in the study had 30 percent better fitness than non-runners, and their fitness increased with the amount of time they spent running.

Dr. Michael Scott Emery, co-chair of the American College of Cardiology’s Sports and Exercise Cardiology Council, found it “a little surprising that 5 or 10 minutes of running had such an impact on health.” Emery, a cardiologist in Greenville, S.C., said, “This shows your biggest bang for the buck is just getting up and doing something, even if it doesn’t meet current guidelines. Even a little bit is better than zero.” But, he noted that running does have more potential for injury than walking, including joint problems, ankle sprains, shin splints, back pain and muscle pulls. People might gain similar benefits from walking the same distance for a longer period of time, he suggested.

“Running has more potential for injury, but walking takes longer,” Emery said. “You have to find your own mix, your balance.” Lee agreed that people interested in running should start out slow and build up over time. “Running is a vigorous-intensity activity, thus it is recommended that inactive people can start walking to reduce injury risk before they start running,” he said.