This article originally posted on NYTimes.com.

A new test may soon become available that can detect a signifying gene related to breast cancer.

A Silicon Valley start-up with some big-name backers is threatening to upend genetic screening for breast and ovarian cancer by offering a test on a sample of saliva that is so inexpensive that most women could get it.

At the same time, the nation’s two largest clinical laboratories, Quest Diagnostics and LabCorp, normally bitter rivals, are joining with French researchers to pool their data to better interpret mutations in the two main breast cancer risk genes, known as BRCA1 and BRCA2. Other companies and laboratories are being invited to join the effort, called BRCA Share.

The announcements being made on Tuesday, although coincidental in their timing, speak to the surge in competition in genetic risk screening for cancer since 2013, when the Supreme Court invalidated the gene patents that gave Myriad Genetics a monopoly on BRCA testing. 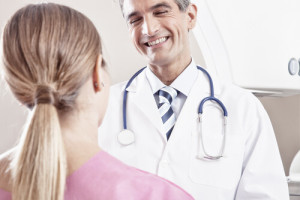 The field has also been propelled by the actress and filmmaker Angelina Jolie, who has a BRCA1 mutation and has written about her own decision to have her breasts, ovaries and fallopian tubes removed to sharply reduce her risk of developing cancer.

But the issue of who should be tested remains controversial. The effort of the start-up, Color Genomics, to “democratize access to genetic testing,” in the words of the chief executive, Elad Gil, is generating concern among some experts.

This article originally posted on NYTimes.com.