Year after year, the debate about the merits and dangers of detoxing rages on. Conventional medical professionals argue that the body’s impressive elimination system is all it needs to detoxify itself. Progressive and integrative health professionals argue that our bodies are overloaded with gunk, and that sensible detox programs offer an effective way of lightening our toxic burdens.

Both camps have a point. 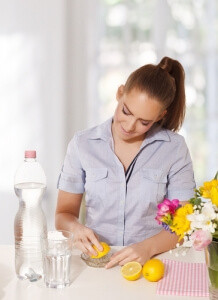 It’s true that the body has a robust detoxification system built right in: The liver snags environmental toxins that circulate in the blood, the kidneys flush out digestive byproducts like uric acid and mineral buildup, and the lungs filter the air we breathe and expel the junky bits through exhalation and coughing. The skin eliminates toxins through sweat (and, in a pinch, blemishes), while the intestines host huge colonies of bacteria that neutralize toxic substances before evicting food wastes.

But it’s also true that our bodies aren’t always up to the detoxification challenges we modern humans throw their way, and that they tend to respond better to early, preventive care than to late, dramatic interventions.

Conventional medicine typically deals with toxicity issues only when the body’s own systems are at risk of totally shutting down: Dialysis machines are employed to replace the filtering action of failed kidneys; chelation therapies are used to remove impurities from poisoned blood. Conventional docs tend to write off the types of detox programs relatively healthy people embrace as both unnecessary and potentially dangerous.

Holistic health practitioners, meanwhile, point out that long before our organs show signs of failing, they show signs of overload and stress. Given the unprecedented number of environmental and food-related toxins we all encounter on a daily basis, they argue, strengthening and supporting the body’s natural detoxification systems makes good common sense. It’s an effective way to protect and improve overall health and vitality, and may even help the body resolve longstanding health problems. Done right, they say, a good detox program can be a boon to our well-being.

So where does that leave us, the mostly healthy but semi-toxic masses? Most likely, somewhere in the middle — eager to dump unwanted toxins, but ambivalent about which detox programs are safe and healthy, and which might do more harm than good.

Ask a conventionally trained MD with an integrative, holistic or functional medicine background what he or she thinks about detox, and you’ll probably get a fairly balanced answer.

“Clearly, a healthy human body can handle certain levels of toxins,” says Elson M. Haas, MD, director of the Preventive Medical Center of Marin in San Rafael, Calif. “The concern we have is with excess intake of toxins or excess production of toxins or a reduction in the elimination process.” Such toxin-eliminating problems, Haas argues, are at the root of many chronic health complaints — from headaches and foggy thinking to digestive problems and excess weight.

Mark Hyman, MD, medical director of the UltraWellness Center in Lenox, Mass., and author of UltraMetabolism (Scribner, 2006), agrees. He explains that under our current cultural conditions, our physical systems simply can’t keep up. “Unfortunately, our modern lifestyle exposes us to an increasingly complex (and deteriorating) environment, so that our detoxification systems must work overtime just to process the toxins we encounter in everyday life,” he says. “Many of us have exceeded our capacity for cleansing.”

In short, our impressive elimination systems need supplementary help in tough times. But what should that help really look and feel like? And how do we separate the health from the hype?