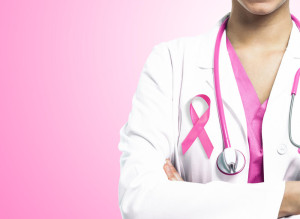 Though rare, breast cancer cases in women are rising. Two New York City women who faced the diagnosis in their early 20s and opted for radical surgeries share their stories with the Daily News.

While their twenty–something friends were climbing the career ladder or traveling the world, Samantha Golkin and Nicole Seagriff were getting double mastectomies. The two young women, who both live on the Upper East Side, were in their early 20s and opted for double mastectomies and reconstructive surgeries. Golkin and Seagriff were lucky. Thanks to their early surveillance efforts, their cancers were caught early, but they were among the small number of women under the age of 45 who get diagnosed.

“I wasn’t planning on having a mastectomy until possibly after I was married and done having children,” Seagriff, a physician herself, told the Daily News. “I figured in my early 40s I would possibly consider that, and never fathomed at 27 that I’d be going for one.”

Seagriff, now 29, was diagnosed with stage 1a breast cancer in 2012 after genetic testing revealed that she carried the BRCA2 mutated gene, which indicates a strong predisposition for breast cancer. Her doctor ordered an MRI that ultimately caught her tumor. On Aug. 3, 2012, she underwent a bilateral mastectomy and reconstructive surgery at Memorial Sloan Kettering Hospital. It was 10 years and five days after her mother had the same surgery — by the same surgeon.

“I felt like I was in really safe hands because she had taken care of my mom,” Seagriff said.

Golkin’s mother was diagnosed with breast cancer at age 33, but sadly passed away from the disease, as did Golkin’s aunt. Golkin, a lawyer, knew it was up to her to avoid that same fate. She began seeing a breast specialist who recommended mammograms in her early 20s, but doctors were hesitant to schedule her because she was so young. But Golkin, 31, pushed through the red tape — and credits that move with saving her life. The baseline MRI she had at age 30, the first one insurance would cover, found malignant cells in her milk ducts, a condition called ductal carcinoma in situ, or DCIS. Two weeks later — 3 1/2 months before her wedding — she had a bilateral mastectomy and reconstructive surgery. 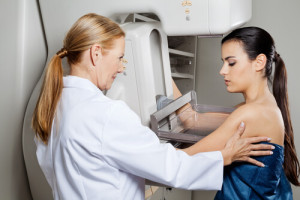 “The oncologist said (that) with the gene, my chance of it coming back is about 80%, and I never wanted to do that again,” Seagriff said. “I didn’t want to just every six months or every three months have to go through that anticipating, that anxiety and that fear of it coming back.” Golkin agreed. “Basically, (I said), ‘I’m not gonna deal with this.’”

The duo, who met when they joined nonprofit organization The Pink Agenda, are among the 11% of women diagnosed with breast cancer younger than 45. And numbers from the National Cancer Institute suggest that breast cancer in young women is only increasing. With their cancers behind them, the two New Yorkers are now looking forward to their futures.

Through their work with The Pink Agenda, whose parent is the Breast Cancer Research Fund, they teach women in their 20s and 30s about prevention and early detection. Seagriff calls the opportunities “pink linings” in the wake of her diagnosis. At the end of October, they will speak at colleges and universities in Boston. “We think that people can really relate to us,” Seagriff said.

3 Ways Young Women Can Lower Their Risk of Breast Cancer

Seagriff and Golkin offer this advice:

Know your family history. Both Seagriff and Golkin knew from early ages that they had a higher risk than most for breast cancer.

Know your body. “Do self breast exams on a monthly basis and if there are any changes, don’t sit idly,” Golkin said. “Ask questions. The sooner you catch something that’s a little off, the better you might be in the long term.”

Live a healthy lifestyle. Seagriff recommended “all of those things which are very much promoted but hard to do on a day-to-day basis,” like eating five to nine servings of fruits and vegetables daily, drinking plenty of water, not smoking, exercising regularly, and maintaining a healthy weight.