Top Tips For Getting More Out Of Your Sleep 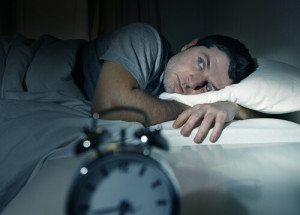 There’s a fine line between too little and too much sleep. Learn more about the effects of each, below!

Millions of Americans struggle to get through the day chronically sleep-deprived. And while some may brag about getting by on just a few hours of sleep, doctors say there’s growing evidence that not getting enough sleep can take a serious toll on a person’s health. Less well known is the fact that getting too much sleep may also be linked to health problems.

On Monday, the American Thoracic Society, a physicians’ group specializing in heart and lung conditions, issued new guidelines on just how much sleep adults need for optimal health.

“Sleep plays a vital role in human health, yet there is a lack of sufficient guidance on promoting good sleep health,” said Dr. Sutapa Mukherjee, who chaired the committee that came up with the sleep policy statement. Overall, the group recommends that adults get 7 to 9 hours of sleep a night for optimal health benefits. Viviane Faria admits she often fell short of that when she was busy with graduate school. “Maybe 4 hours, 3 hours, 6 hours if I was lucky,” she told CBS News.

Sleeping less than 6 hours in a 24-hour period is associated with a range of health problems and higher mortality rates. Sleep deprivation also contributes to drowsy driving, a significant cause of accidents, injuries and deaths. For people who suffer from insomnia, the group recommends trying cognitive behavior therapy, which has been proven effective to help, rather than turning straight to sedative sleeping pills.

But, more sleep is not always better. The American Thoracic Society’s policy statement points out that sleeping too much — more than 9 or 10 hours a night — may also be associated with various health problems. Previous studies have shown that people who sleep more may have a higher risk of stroke, although the reason is unclear.

The guidelines note that individuals differ and a person’s needs may vary over the course of a lifetime. Children, in particular, need more sleep.

“For children, we suggest that age-based recommendations for sleep duration be developed. These should enable the child to awaken spontaneously at the desired time through implementation of regular wake and sleep schedules,” the statement says. “For adolescents we suggest that school start times be delayed to align with physiological circadian propensity of this age group,” which naturally tends to sleep later.

This article originally posted on CBSNews.com.