What Your Sleeping Habits Say About Your Health 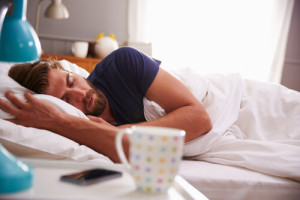 Do you sleep between seven to nine hours per night? According to the experts this is the amount needed, on average, to keep our minds alert and our bodies healthy — but many people aren’t getting enough.

In the United States, for example, half the population sleeps less than seven hours during the week, according to the 2013 International Bedroom Poll. To make amends, many of us resort to catching up when circumstances allow — whether it’s sleeping in at the weekend or napping during the day.

But this catch-up can have its own impact on your body and when this catch-up becomes too much, it could even be a sign of an underlying health problem. The much-loved weekend snooze stems from the need to catch up on sleep lost during the week.

“That’s an attempt to pay-back sleep deprivation,” says Charles Czeisler, chief of the Division of Sleep and Circadian Disorders at the Brigham and Women’s Hospital, in Boston. But Czeisler is not an advocate of sleeping late at the weekend. He calls it “sleep binging,” and says it’s a break from consistency that leads to further disruption of our sleep cycles.

Sleep takes place in cycles of Rapid Eye Movement (REM) sleep and slow-wave sleep (Non-REM sleep) that alternate in approximately 90-minute cycles. The extra hours of sleep, but more importantly the later time of awakening, at the weekend, lead to confusion and displacement in the body when people return to their weekday routine — something Czeisler defines as “social jet lag.”

“If you’re getting up at 6 am and then noon, that’s the equivalent of Boston to Paris [in time zones],” he says.

Making a habit of this is not a healthy lifestyle to lead, according to Czeisler. “It’s a form of sleep bulimia with this chronic binging,” he says. Such cycles disrupt sleep integrity, meaning people miss vital moments in their sleep cycle, such as REM cycles. 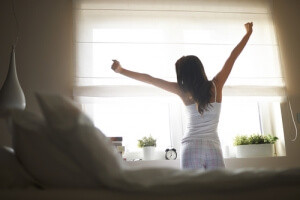 Even worse, in Czeisler’s view, is the “crash and burn” cycle many live by where they skimp on sleep and drive themselves to the point of exhaustion, and then crash.

“[This] has adverse health consequences … it’s better to have consistency of sleep,” he says.

This article originally posted on CNN.com