The Dangerous Effects of Sitting All Day 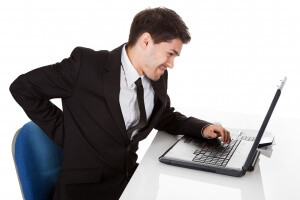 If your butt spends most of its time getting familiar with chairs, you could be setting yourself up for a shorter life and an increased chance for cardiovascular disease, diabetes and cancers. That’s the takeaway from Canadian researchers after they analyzed data on the long-term effects of sitting at the start of 2015.

Now, the jury’s still out on how much sitting counts as too much sitting, but the British Journal of Sports Medicine suggests you should aim to stand at least two hours a day. After that, researchers encourage you build up to four hours.

Four hours of standing might seem like a long time but given the average person spends over half their day in a chair for work or leisure, two to four hours doesn’t seem like that much of a stretch. Now, if stretching is up your alley, then you’re in luck as it’s one of three dead-simple changes you can incorporate into your day for a healthier lifestyle.

This article originally posted at HuffingtonPost.com.